Type certification, one of the three certifications an aviation company needs to secure before launching a commercial service, means the aircraft has to meet all of the FAA’s design and safety standards. To be able to launch its air taxis as a service, Wisk will also need to earn a production certification, which is the approval to begin manufacturing its eVTOL, and an air carrier certification.

In May, eVTOL competitor Joby Aviation received its air carrier certification, which will help the startup reach its stated goal of launching an air taxi service in 2024.

Wisk will likely come across more hurdles than Joby in getting its eVTOLs to market. The startup, a joint venture between Boeing and Kitty Hawk, Google co-founder Larry Page’s moonshot company that recently closed down, is pursuing a self-flying-first approach, which Wisk says is the key to reaching scale in the broader advanced air mobility (AAM) industry. As such, the Generation 6 eVTOL unveiled Monday is designed to be supervised by humans, who will take over the vehicle during flight when necessary, the company said in a statement.

The aircraft’s design features six front rotors, each with five blades that tilt either horizontally or vertically. The six rear rotors have two blades each and are fixed in a vertical position.

In terms of performance, Wisk’s Gen 6 aircraft, building off the lessons from the previous five generations, has a cruising speed of 120 knots, a 90-mile range, can reach altitudes of 2,500 to 4,000 feet, and has a nearly 50-foot wingspan. The vehicle can carry four passengers comfortably with “ample storage” for luggage and personal carry-on items, the company said. 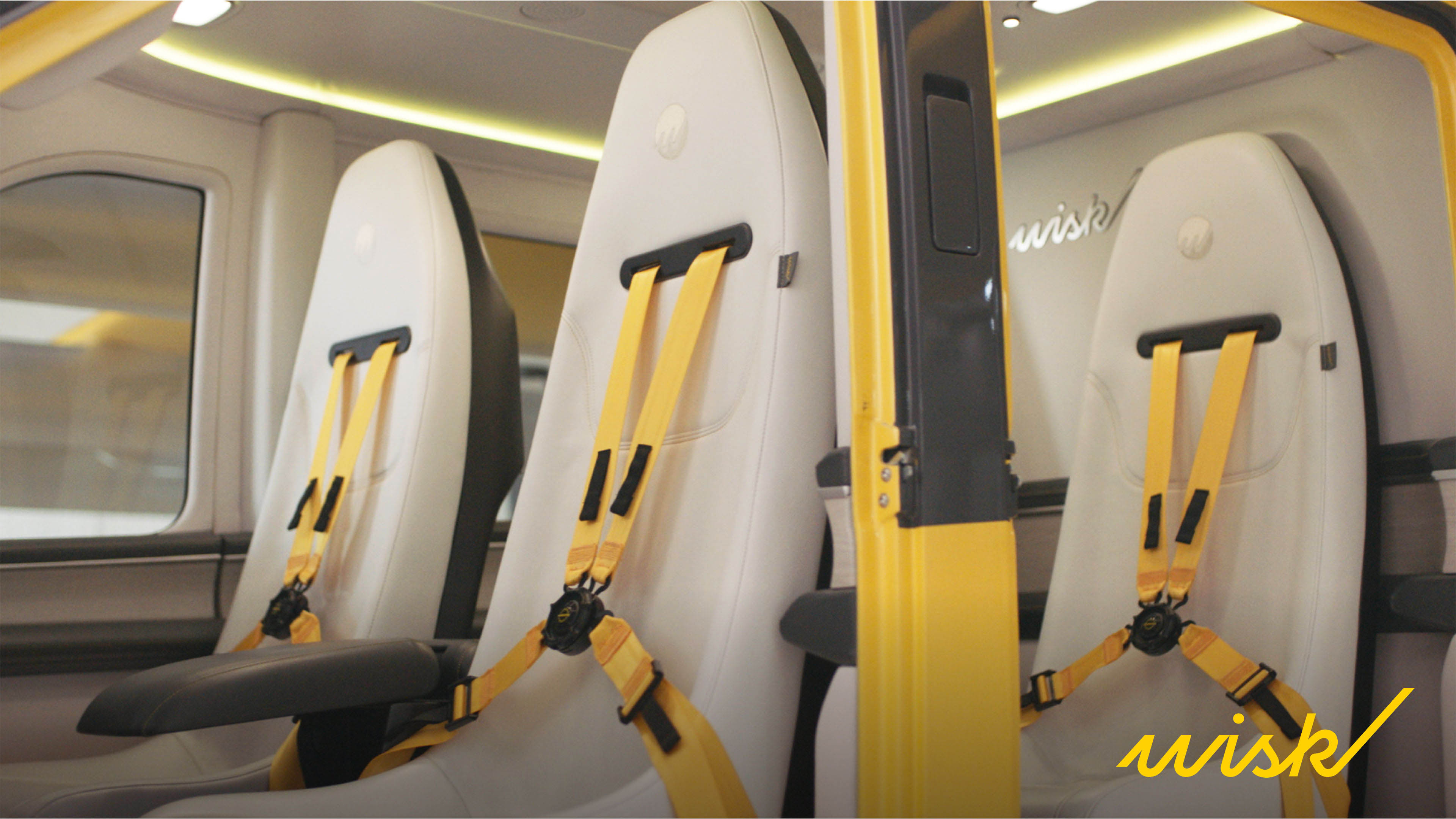 The interior is meant to mimic automotive design, with plenty of visibility, comfy seats, and amenities like WiFi and charging.

It’s not clear what Wisk’s go-to-market strategy actually is or when it expects to begin passenger trials; Wisk did not immediately respond to TechCrunch’s requests for comment. However, in January, when Wisk secured $450 million from Boeing, the company said it intends to operate one of the industry’s largest AAM fleets across 20 cities within five years of certification of its 6th-generation aircraft.

The company said its Gen 6 aircraft is “designed to be a service for everyone, with a price target of $3 per passenger, per mile.” To put that into perspective, an air taxi flight from a vertiport — a structure where eVTOLs will take off and land — in New York City off the Lincoln Tunnel to John F. Kennedy International Airport in Queens would set you back around $60 and probably take around 7 minutes at a speed of 120 knots.

If Wisk is to be believed, that’s a small price to pay to avoid sitting in an hour of traffic and paying for surge pricing with Uber or Lyft.

[mc4wp_form]
By signing up, you agree to our Terms of Use and acknowledge the data practices in our Privacy Policy. You may unsubscribe at any time.
admin October 3, 2022
Share this Article
Facebook TwitterEmail Print
Share
Previous Article Mad Realities’ Devin Lewtan talks onboarding new crypto users through content at TC Sessions: Crypto
Next Article Bitcoin Sees Bullish Opening, Can BTC Reclaim $20,000 Region?