Moments before Meta’s big annual developer conference was set to begin, TechCrunch’s staff scrambled to see who had a charged Meta Quest headset, which it turned out was nobody. But because I knew what corner of the closet mine was in (upper left), here I am.

After merging my work Facebook account (Taylor Linguini) with Meta’s new universal login system, I pushed a software update, RSVPed to Mark Zuckerberg’s big keynote and popped on that bad boy. I also popped on its USB charger because this thing doesn’t last that long to begin with and sometimes Zuckerberg likes to do a lot of words.

It took me a little bit of gesticulating wildly to remember the controls, but then I was ready to watch the Meta CEO’s keynote, which was attended by myself and 5.4K of my closest friends’ torsos, a number that probably accurately reflects how many Meta employees and wayward tech reporters were required to watch this thing in three dimensions instead of two.

Firing up the ol’ metaverse, I was plopped right into a virtual plaza full of signage and a big brand fountain in the center (all brands need a fountain) with that floppy blue infinity sign. After navigating to the keynote portal and thrusting my virtual torso into a large depiction of Mark Zuckerberg I got sucked into a VR timeloop situation, wherein I got kicked back to the plaza and had to do it all over again, but eventually [hacker voice] I was in.

During the keynote, Zuckerberg’s newly revamped avatar chatted on stage, which I watched in an instance with maybe 15 other people, all of whom probably worked for Meta and thought I was completely deranged, which is mostly not true. While they stood around a small virtual amphitheater watching the keynote calmly, I did the opposite, scooting frantically between them and taking screenshots while pressing myself as close to Zuck’s instanced avatar as I could, much like any self-respecting press nightmare person would do at an IRL event. 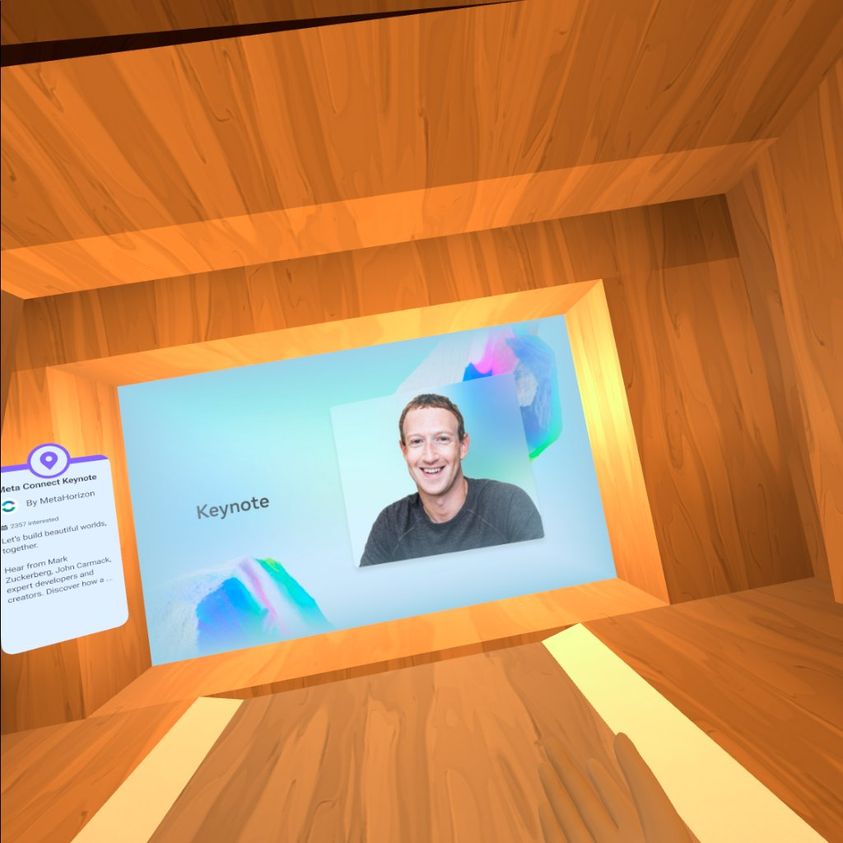 Everything worked pretty well and it was mildly more entertaining to watch a tech keynote in VR rather than on my computer, but way less practical. I couldn’t really record the audio any more or take notes, since my field of vision was dominated by virtual reality, which is not yet superior to reality reality as far as jotting down my little notes goes. And it was hard to describe the funny things happening to my work pals, who were not in VR with me, which drove a wedge between us, in my opinion.

One thing I will say is the avatars in Horizon Worlds look pretty okay now (mine is kind of hot to be perfectly honest), but man, people are doing some wild stuff with their arms. Presumably like me, everyone else in my little pocket world was watching while seated at their desk, intensely gripping their little spherical joystick deathstars, the only remaining tether to tactile reality. 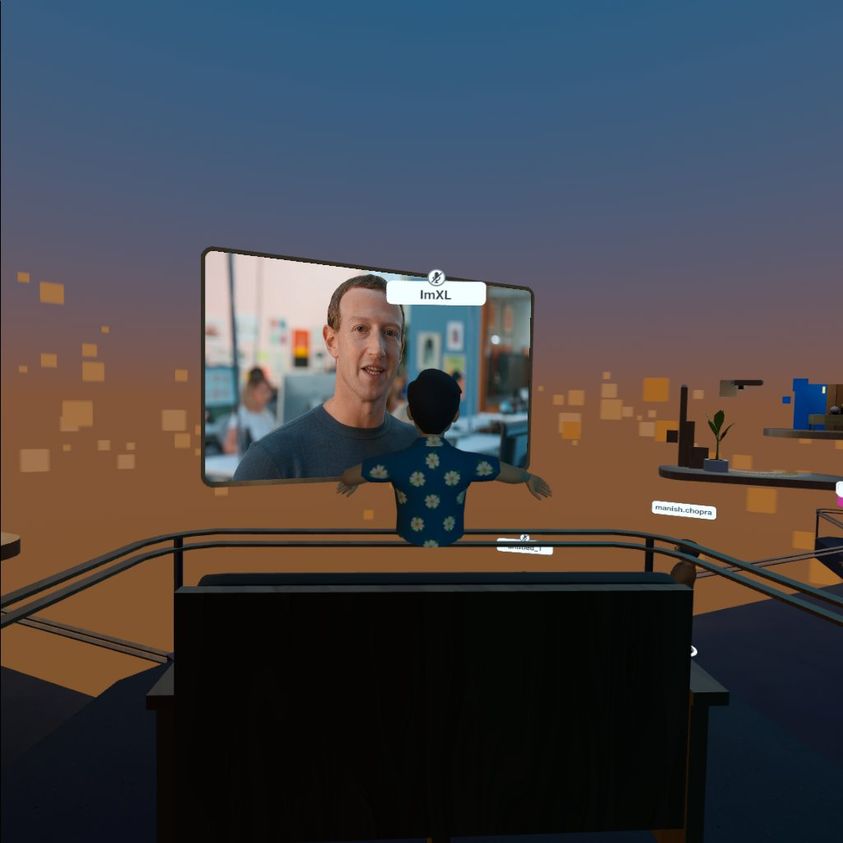 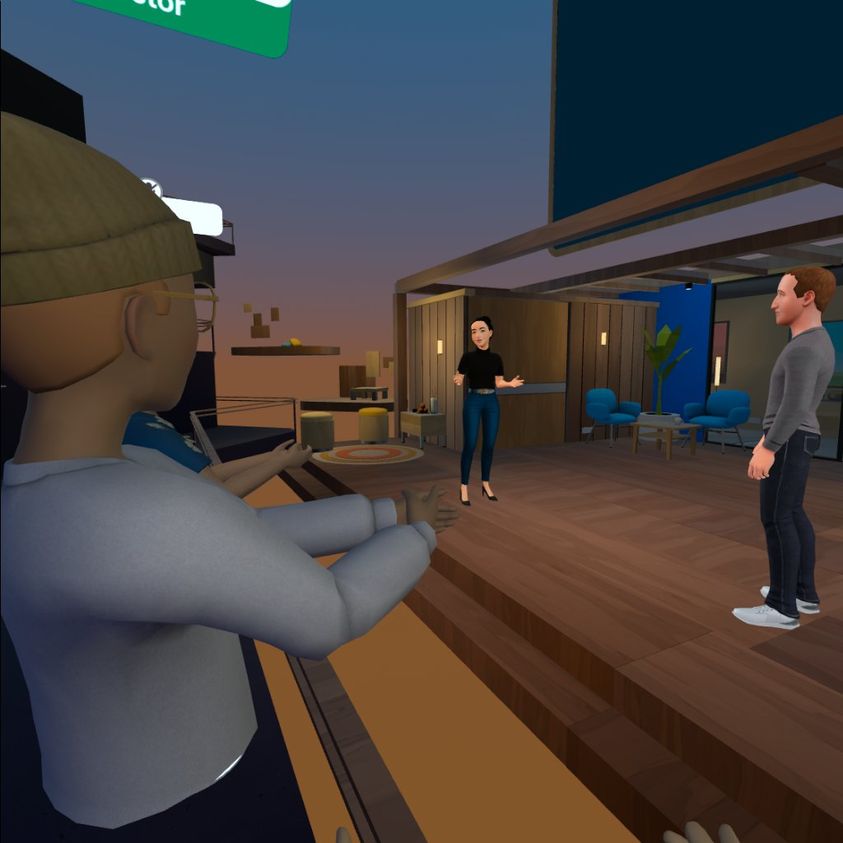 The effect of that is everyone sticking their arms straight out like zombies or worse, twisting them up in horrible contortions because, like me, at some point they got sick of holding the controllers and set them down haphazardly. I even found one poor fucker levitating in space at the great floppy infinity fountain, his body folded hopelessly into itself three feet off the ground. I’m just bringing this up because we’re adding feet now, but maybe we should be un-adding arms, you know? 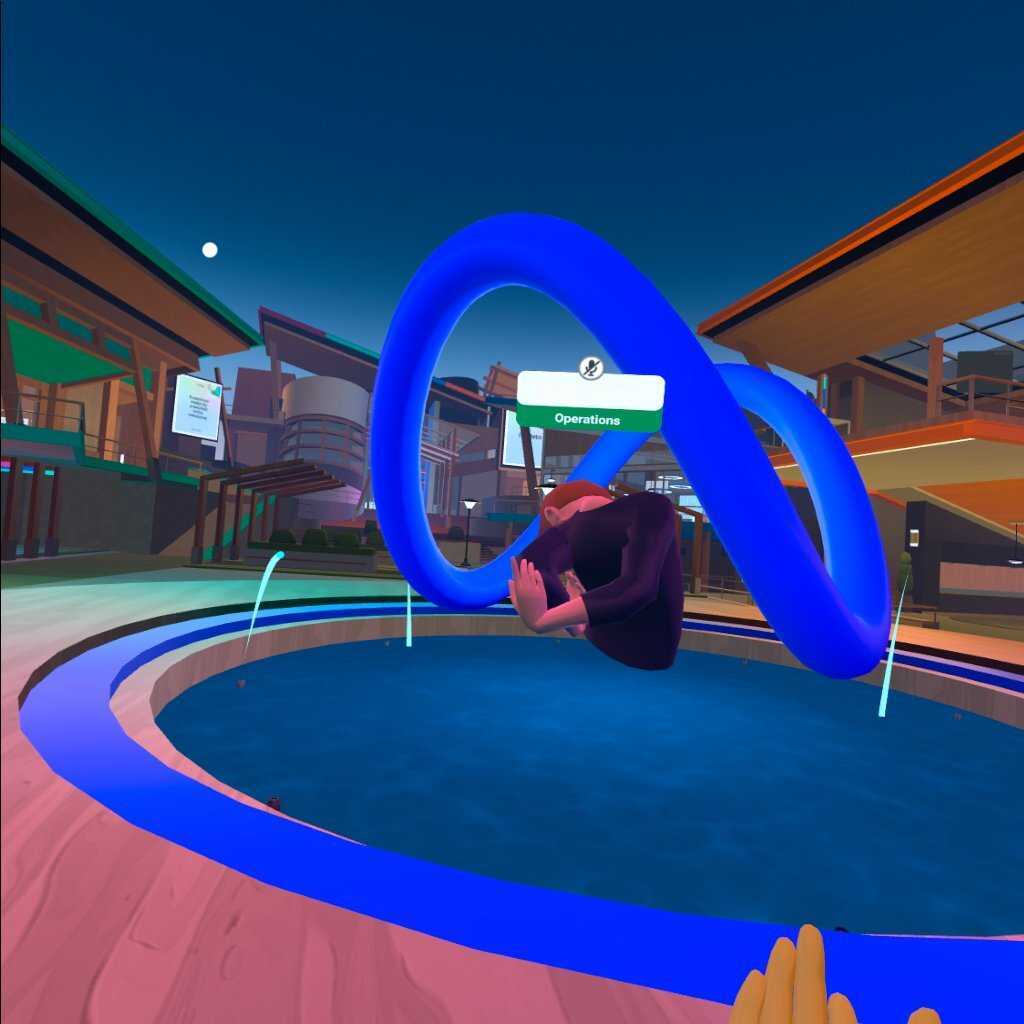 Ultimately everything went pretty smoothly except the scary stuff with the arms. There should probably be a “desk mode” that puts up a standard animation of crossed arms or whatever so we don’t all look like horrorshows in Horizon Worlds. Meta, if you’d like to hire me I’m a genius but I do think that would be a conflict of interest.

Also I have to say that my dog licked me out of nowhere while I was in there and that was totally shocking and I said “woah!” out loud, and that really pulled me out of the experience.

Correction: Amanda actually said she knew where her Quest headset was but had a headache and didn’t want to go into the metaverse. Also it wasn’t charged. TechCrunch apologizes for the confusion.

[mc4wp_form]
By signing up, you agree to our Terms of Use and acknowledge the data practices in our Privacy Policy. You may unsubscribe at any time.
admin October 12, 2022
Share this Article
Facebook TwitterEmail Print
Share
Previous Article Daily Crunch: News and updates from TechCrunch’s Meta Connect 2022 coverage
Next Article Bitcoin Mining Difficulty Adjustment May Force Miners To Dump Their BTC