If Bitcoin is the digital gold of the crypto sphere, then Ethereum is the digital silver. The blockchain powerhouse headed by Vitalik Buterin has taken the world by storm since its foundation in 2015, and its price journey has outperformed BTC on several occasions.

From its starting value of just under $1, the price of Ethereum surged to more than $4,800 last year. This was some of the biggest Ethereum news, but 2022 has marked a major landmark in this cryptocurrency’s journey: The merge!

The merge is seriously exciting, from overhauling price predictions and revolutionising trading to taking Ethereum into the future. Today, we’ll look at how it will change things and cover everything you need to know. But first, what exactly is The Merge?

What Is The Ethereum Merge?

The Ethereum Merge has been a long-awaited upgrade of the digital framework of the world’s second-biggest cryptocurrency that an inefficient energy-sapping system has long been plagued by.

By swapping proof-of-work (PoW) for proof-of-stake (PoS), a seriously difficult and time-consuming task like a digital version of switching the engine of a car, Ethereum has now achieved energy efficiency and can class itself as one of the few environmentally-friendly cryptocurrencies that now consumes around 99.9% less energy.

To put this into perspective, this transformation is equal to the country of Finland closing down its national power grid, according to Digiconomist.

And it’s not just energy efficiency that The Merge will bring. According to the team behind the Ethereum network, the transition from proof-of-work to proof-of-stake will lead to more security and scalability for the Ethereum platform, which is home to more than $60 billion worth of crypto exchanges, lending companies, and non-fungible token (NFT) marketplaces.

“If you’re investing in Ethereum or any kind of blockchain technology, you’re investing in something in its early days. You’re going to need a long-term time horizon to see how things evolve. I really don’t think there’s a lot that folks who own Ethereum should be doing at this point.” – Doug Boneparth, financial advisor.

But amongst the ever-sceptical crypto community, many people are eagerly eyeing up The Merge and are keen to see how it will perform in the next few months. Is this the key to a bright future for Ethereum, or is it all just hype? Most importantly, how will it impact the price of Ethereum in future?

To answer this demand for answers, let’s delve into five ways that the Ethereum merge can affect trading and the wider world of cryptocurrency.

Can The Merge Secure Ethereum Against Hackers?

There is a lot of money involved in crypto, and the blockchain is a prime target for online hackers. In 2022, losses stemming from crypto hacks have skyrocketed by 60% to a staggering combined value of $1.9 billion. Naturally, many people are keen to know if The Merge can make the Ethereum network more secure against hackers.

The blockchain will always have weak spots for hackers to take advantage of; The Merge has arguably made advances to secure the Ethereum network. For example, the cost to validate transactions on the Ethereum blockchain is 33 ETH, or around $55,000.

This initial investment is a significant barrier for hackers to gain access to the network, with no guarantee that their attack will be successful. However, what can be a step towards higher trustworthiness is to always look for purchasing Ethereum from reliable trading platforms such as Kucoin, Gemini, Immediate Edge or Coinbase just to limit the exposure to scams as much as possible.

Can More People Use The Ethereum Network Now?

One of the most popular aspects of the Ethereum network is that those who use it can earn rewards through their participation in the network, thereby securing it in the process. Following The Merge, the rewards opportunities are now open to more people as there is much more room for new users to use the network now.

Mining, an intense and expensive to run operation, required advanced computer equipment and knowledge to be done effectively. This presented a barrier for many people. Staking, however, is not only beginner-friendly, it’s cheaper to start with and much more straightforward to get involved and reap the benefits.

As well as the Ethereum blockchain itself, various widely used platforms like Coinbase, Lido Finance, and some platforms available through services like Immediate Edge offer the chance to stake Ethereum simply via an automated process. APY rates are currently between 3% and 3.8% on most major platforms.

If you wish to stake your Ethereum, fully understanding how the staking process works beforehand is important. Once you stake, you’ll be unable to trade your staked amount for a pre-agreed period of time. However, if you’re a long-term investor, this is no issue.

Compared to traditional dividend stocks, the interest rates awarded for staking Ethereum after The Merge are vastly superior. It provides the chance for Ethereum holders to earn a passive stream of income automatically. Thus, it presents another good reason to own Ethereum that will likely drive more people to invest in it.

How Will Energy-Efficiency Affect Ethereum?

The environmental drain of cryptocurrencies like Ethereum has long hindered their scalability. However, The Merge will now see Ethereum use around 99.9% less energy, a huge boost to its sustainability and the key to more widespread adoption.

Through its transition to proof of stake, Ethereum is sending a message to those seeking to regulate the crypto market that it can adapt to the future and place the preservation of the planet at the forefront of its foals.

Recently, the White House Office of Science and Technology Policy (OSTP) conducted an in-depth report on the Climate and Energy Implications of Crypto-Assets in the United States, showing that mainstream adoption of cryptocurrencies is becoming increasingly considered by the highest levels of government.

Many are hoping that the Ethereum Merge will only lead to more research and collaboration between the crypto industry and global governments, which will hopefully have a massively positive effect on the value of crypto overall.

Will Ethereum Gas Fees Lower After The Merge? 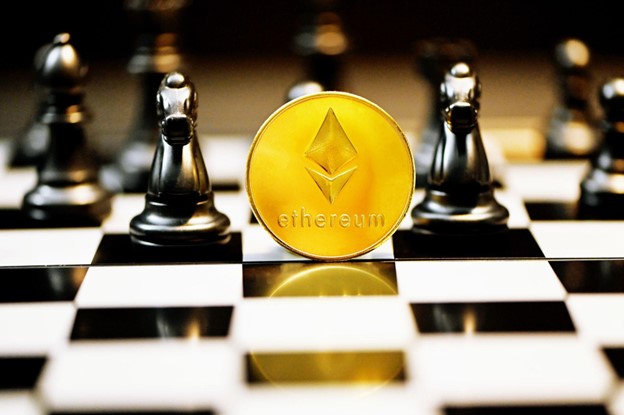 One of the biggest drawbacks of the Ethereum network is the Gas fees. This is the obligatory fee that comes with any form of transaction carried out on the Ethereum blockchain. They are paid using Ethereum’s native token of ETH and often rise dramatically if there is an increased demand for processing transactions.

At some of the highest traffic periods on the Ethereum blockchain, gas fees can surge to hundreds of dollars. As a result, it can be completely inefficient for many. So many people are questioning if The Merge will lower these Gas fees.

The answer? Yes, and no. Gas fees are predicted to lower in future, but not straight away. The transition to proof-of-stake won’t expand Ethereum’s network capacity, which is needed to lower gas fees.

How Will The Merge Affect The ETH Price For Investors?

Now, we reach the most important question: How will The Merge affect investors like you? Many of you may have been initially disappointed to see the price of ETH plummet after The Merge, as many people expected the complete opposite.

However, it’s important to remember that the effects of The Merge will not be immediately made apparent. The Ethereum network will not become high-speed with low transaction fees straight away; it will take place over the next few months and years.

All these positive upgrades to Ethereum can attract more investors, bringing the supply of ETH down and positively affecting the price of Ethereum’s native token.

And so, to sum up: The best way to explain The Merge is as a foundation for the future of Ethereum. From high speeds to lower fees and overall environmental efficiency, The Merge results have the potential for an Ethereum bull run sometime soon.

Ethereum may now be primed for new institutional investors who prioritise environmental, social, and governance (ESG) practices but have been dissuaded in the past due to Ethereum’s high energy consumption. Following The Merge, Ethereum is now an energy-efficient and more environmentally friendly asset to own.

It’s clear that some majorly positive changes are coming to the Ethereum network. But a lot will stay the same in the early days of The Merge. At least, for now. Over the last five years, Ethereum has provided a return on investment of 600%. Will that number be surpassed in the coming months? Only time will tell.

The future of Ethereum looks bright following the benefits that The Merge can bring. But as with any cryptocurrency, nothing is guaranteed. Always invest responsibly and seek out the advice of a licensed financial advisor if you’re investing in cryptocurrency for the first time. Trading digital currencies can be highly volatile and are not recommended for everybody.

[mc4wp_form]
By signing up, you agree to our Terms of Use and acknowledge the data practices in our Privacy Policy. You may unsubscribe at any time.
admin September 28, 2022
Share this Article
Facebook TwitterEmail Print
Share
Previous Article Google revamps shopping with 3D images, shoppable looks, buying guides, and more personalization
Next Article Rotten Tomatoes gets its first card game to entertain film buffs