Streaming viewership reached new highs last month, exceeding cable usage for the first time, according to Nielsen. The measurement firm today released its total TV and streaming report for July, stating that streaming represented a 34.8% share of total TV viewing in the U.S. — an increase of 22.6% compared to July 2021. Cable consumption was a little behind at 34.4%, an 8.9% drop from the year prior and a 2% decline compared to June.

Streaming had exceeded broadcast viewing before, and this continued to be the case, with broadcast down 3.7% on volume compared with June. Broadcast’s share of TV viewing was at 21.6% the report said.

The new milestone reinforces streaming as a top choice for TV viewers, mainly driven by original content that can’t be found on cable or broadcast television.

July also broke a record with the highest-volume streaming weeks, the data measurement firm noted. The average time spent streaming last month was 190.9 billion minutes per week. The week of Christmas in December 2021 was the last all-time high that Nielsen measured, with 183 billion minutes.

Note that Nielsen’s report only compares programming viewed on TVs and internet-connected TVs. It doesn’t measure streaming via mobile or desktop, which would likely make streaming’s market share even larger.

In fact, streaming on big screens (connected TVs, smart TVs, and gaming consoles) represented 77% of globally streamed minutes in Q1 2022, according to a report by streaming data analytics company Conviva.

Content – especially exclusive and unique content — is key to the success of streaming services. The boost in TV viewership was primarily driven by streaming releases across Netflix, YouTube, Hulu, Amazon Prime Video, Disney+, and HBO Max.

When Nielsen looked at the breakdown of streaming services, Netflix held the largest share of overall TV viewing among streaming platforms with 8%. In June, Netflix was at 7.7%. So, while Netflix reported a huge loss in subscribers, the service remains popular among TV viewers in the U.S.

Also, “Virgin River” and “The Umbrella Academy” contributed nearly 11 billion minutes of combined viewing. The action thriller “The Gray Man,” which will now get its own universe, and the animated adventure film “The Sea Beast” chipped in more than five billion minutes.

Netflix’s founder and co-CEO Reed Hastings agrees with analysts that say linear TV is nearing its end. In the second-quarter earnings call, he remarked, “Looking forward, streaming is working everywhere. Everyone is pouring in. It’s the end of linear TV over the next five, ten years.” 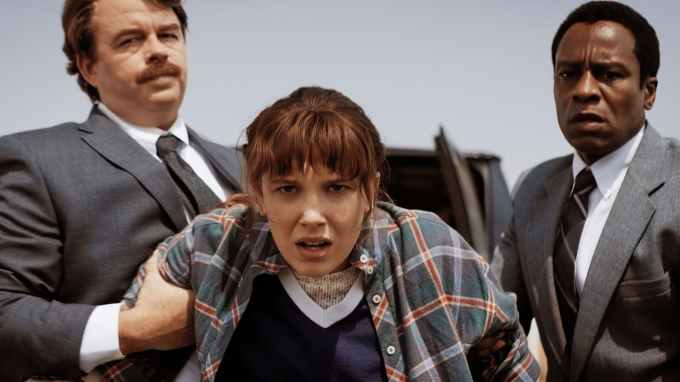 In second place, YouTube and YouTube TV had a total share of 7.3%, a nice jump from last month at 6.9%. YouTube’s live streaming service, YouTube TV, recently reached a milestone of its own, surpassing 5 million paid subs and users with trials for the service. While the streaming service isn’t big on original content, it’s a cheaper — and arguably — better alternative to cable, with access to major broadcast networks, national sports channels, and major cable news channels, all at $65 per month.

Craig Erwich, president of Hulu Originals and ABC Entertainment, has called the show Hulu’s “true crown jewel” of its slate because of its “appeal across generations” and “the intersection of humor and heart,” said Erwich, in a statement. The show has been renewed for a third season.

Amazon’s Prime Video sits in fourth place with a total share of 3%, driven by the new series “The Terminal List,” starring Chris Pratt, and new episodes of “The Boys,” which accumulated over eight billion viewing minutes. Two days ago, Amazon and Nielsen struck a deal to measure the ratings of Prime Video’s “Thursday Night Football.”

According to the report, Disney+ and HBO Max had the smallest share of TV viewing at 1.8% and 1%, respectively.

HBO Max has been under fire lately due to the removal of 40+ titles and the layoffs that affected 70 employees.

Last week, Disney+ announced it is raising the price of its premium subscription to $10.99 per month, up from $7.99. U.S. subscribers will see the change in early December. Hulu, ESPN+, and the Disney Bundle (Hulu with ads) also saw price hikes.

Bitcoin Price Must Clear This Level If It Wants To See $28,000
Next Article

Axie Infinity Drops 4.7% In Last 24 Hours As AXS Struggles In The Red Zone

Exchanges Close Q3 With Massive Bitcoin Outflows, Why A Rally Is On The Horizon