Snapchat is rolling out a new AR experience that lets you try on and purchase Halloween costumes directly within its app, the company announced today. Starting today, Snapchat users can try on and buy costumes of popular movie and TV characters from Stranger Things, Harry Potter, Squid Game, Minecraft, Ghostbusters and more. The new AR experience is launching in partnership with costume company Disguise.

You can try out the new experience by typing “Disguise costumes” in the app’s search bar to browse through Snap’s Halloween costumes. Or, you can search for specific costumes by searching for specific movies or TV shows, such as Squid Game or Stranger things, through the Lens Explorer. Then, you’ll need to take a few full-body photos in whatever you’re wearing, and Snap’s AR technology will then apply the costume onto your photo. You can then save the picture or send it to your friends. If you like the costume, you can purchase it directly within the app. Purchases will be made through Disguise Costumes. 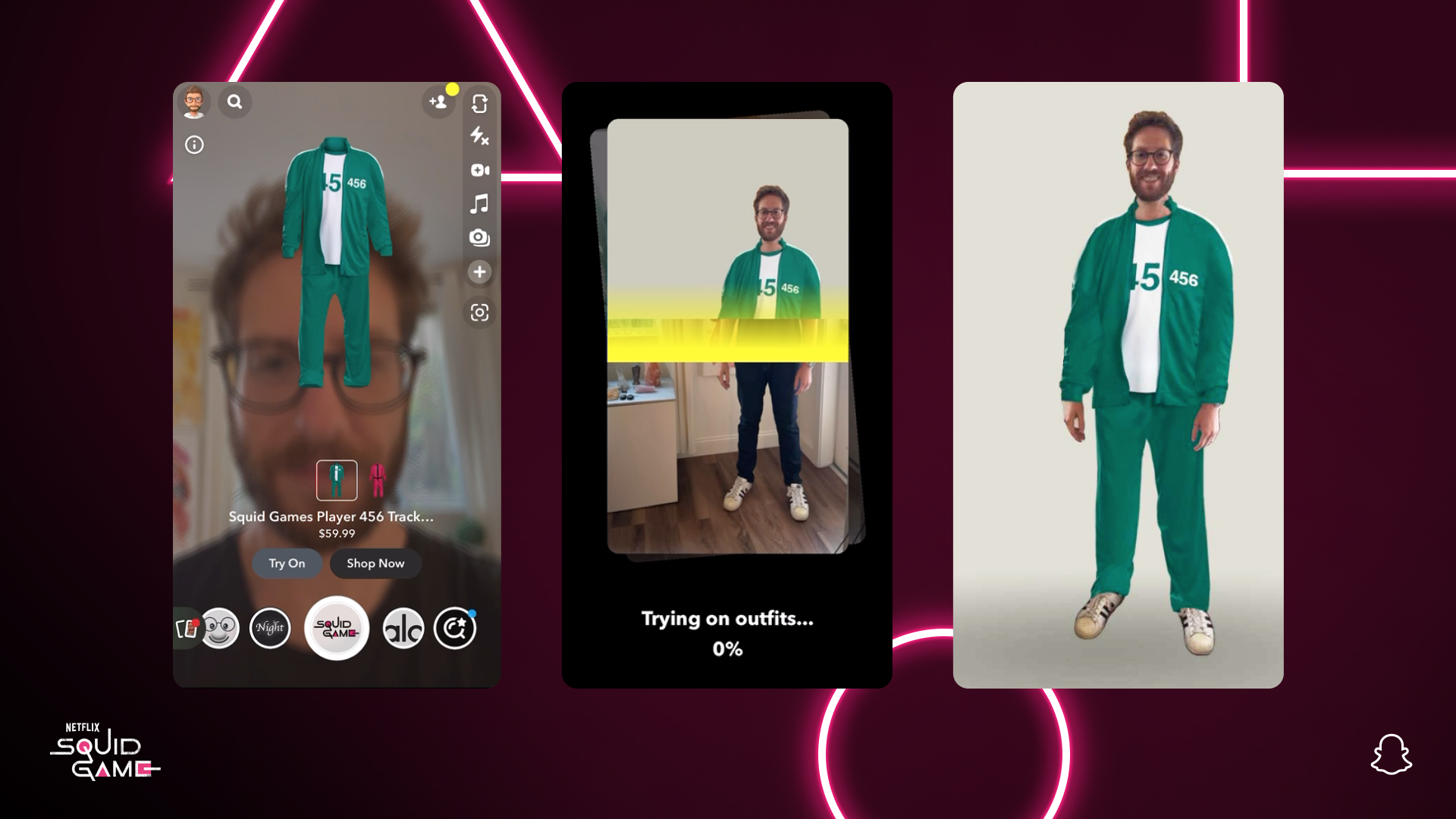 The launch comes as Snap recently expanded its investment in AR shopping with the introduction of tools that turn retailers’ photos into 3D assets and the launch of an in-app destination for AR fashion and virtual try-on called “Dress Up.” The company has been making strides with AR-powered e-commerce over the past year, having given its computer vision-based “Scan” feature a more prominent placement inside the Camera section of the app and upgrading it with commerce capabilities.

Snap says that it conducted a study with consulting firm Ipsos and found that 92% of Gen Z users are interested in using AR for shopping. It’s no surprise that AR is becoming more popular for shopping purposes, as more and more companies are incorporating the technology into their retail efforts.

For instance, Amazon launched a feature called Virtual Try-On for Shoes in June that allows customers to visualize how a pair of new shoes will look on themselves from multiple angles using their mobile phone’s camera. In addition, Pinterest and Google have also leveraged AR to allow shoppers to try on makeup, apparel and accessories.

[mc4wp_form]
By signing up, you agree to our Terms of Use and acknowledge the data practices in our Privacy Policy. You may unsubscribe at any time.
admin October 11, 2022
Share this Article
Facebook TwitterEmail Print
Share
Previous Article No Pivot In Sight: Bitcoin Could See More Pain As Inflation Spikes
Next Article Here’s Why SUSHI Is Down More Than 10% In The Last 24 Hours