We are getting a more realistic update on the startup funding landscape in India, and as is true elsewhere, all the figures are in red in the South Asian market.

Indian startups raised $3 billion in the quarter that ended in September, down 57% from the previous quarter and 80% year-over-year, market intelligence platform Tracxn said in a report Tuesday. The figures are remarkable for many reasons, the most obvious being that startups are finding it difficult to raise capital at a time when most top tier funds in India — Sequoia India and Southeast Asia, Lightspeed Venture Partners, Accel, Elevation Capital, Matrix Partners India — have raised record large funds this year.

Second, the funding crunch appears to be more acute in India. Globally, funding was down 53% year-on-year and 33% quarter-on-quarter, according to data compiled by Crunchbase.

In Q3, the Indian startup ecosystem undertook 334 funding rounds, down from 674 in Q3 2021. The check sizes are also increasingly getting smaller for startups across all funding stages. Late stage startups that raised capital secured $42 million in funding on an average, down over 70% from $142 million during the same period last year, Tracxn said.

Investors globally have become cautious in recent months as market reverses most of the gains from the 13-year-long bull cycle. As a result, startups are increasingly finding it difficult to raise new rounds of funding at a valuation higher than that of the previous round. Due diligence, which largely went out of fashion last year, has made a strong return as most deals are taking weeks, if not longer, for evaluation.

Masayoshi Son, founder of SoftBank, which deployed over $3 billion in India last year, warned in August that the funding winter may continue for longer because some unicorn founders are unwilling to accept lower valuations.

It doesn’t appear that things will be improving anytime soon. Byju’s, India’s most valuable startup, has postponed its plans to file to go public this year. Budget hotel chain Oyo, once valued at $10 billion, is looking to list early next year but its largest backer has cut its valuation to $2.7 billion.

“India is currently experiencing a funding slowdown which is expected to continue for the next 12-18 months and the effects of the funding slowdown are expected to intensify going forward,” said Neha Singh, co-founder of Tracxn, which on a separate note has just filed for an IPO.

Some charts and other interesting stats from the report: 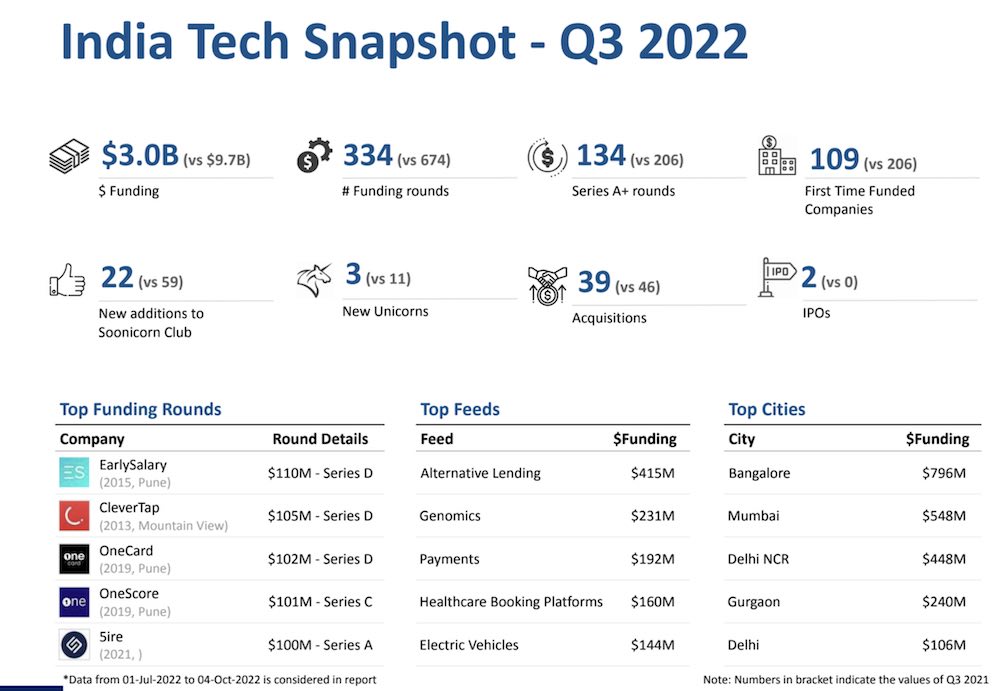 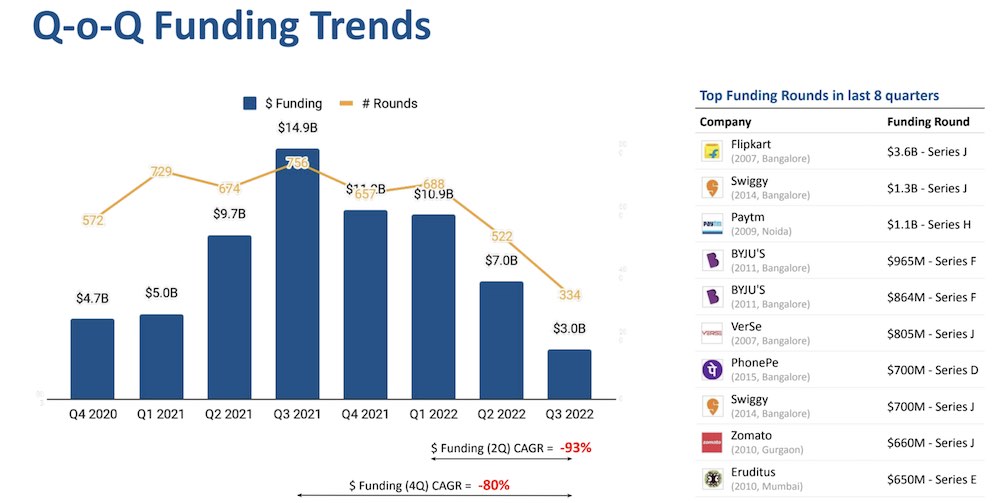 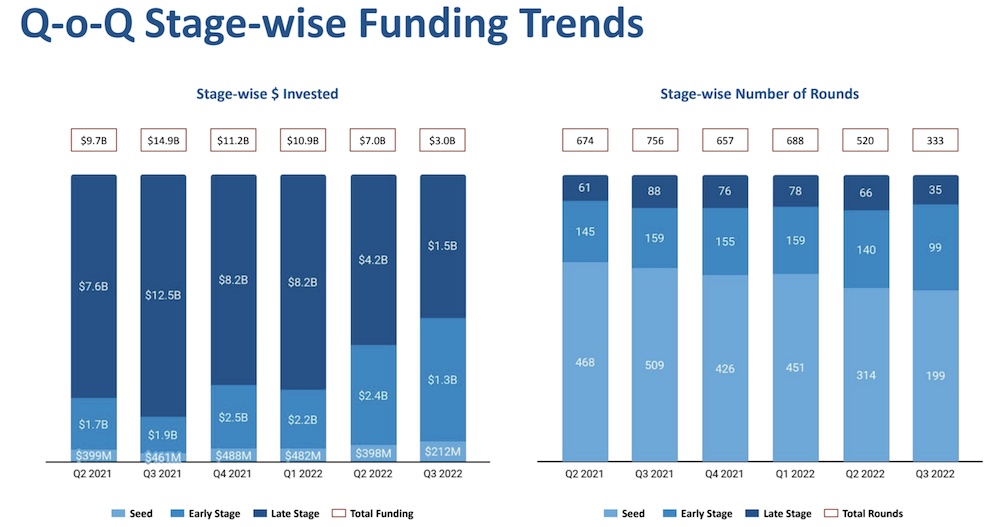 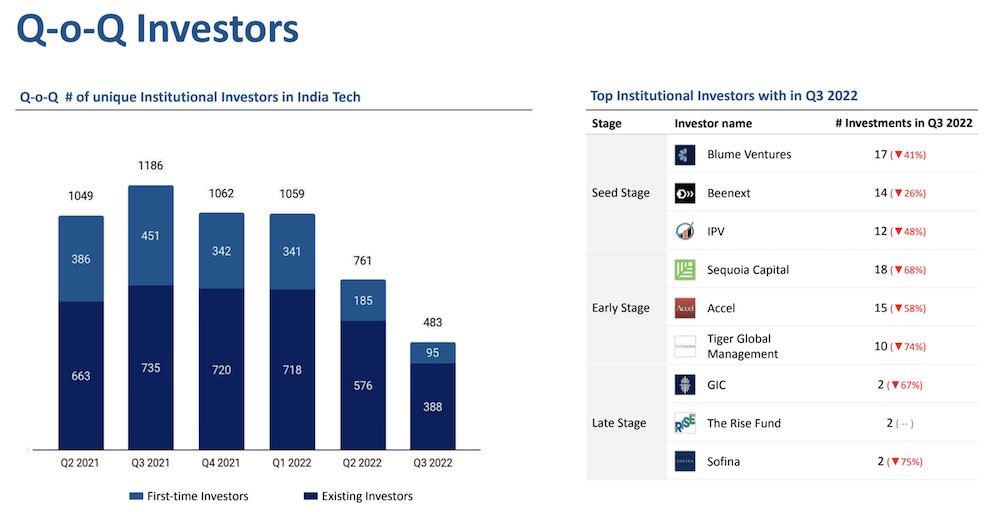 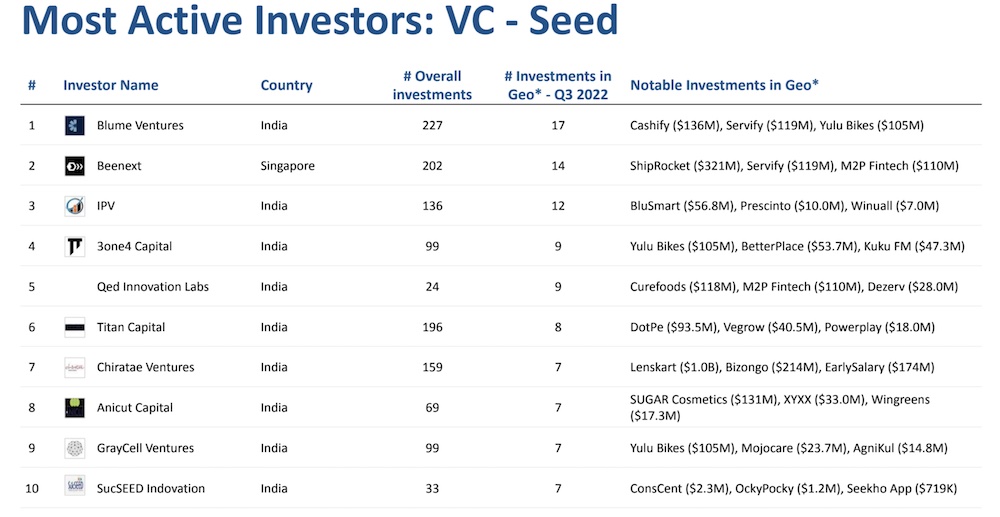 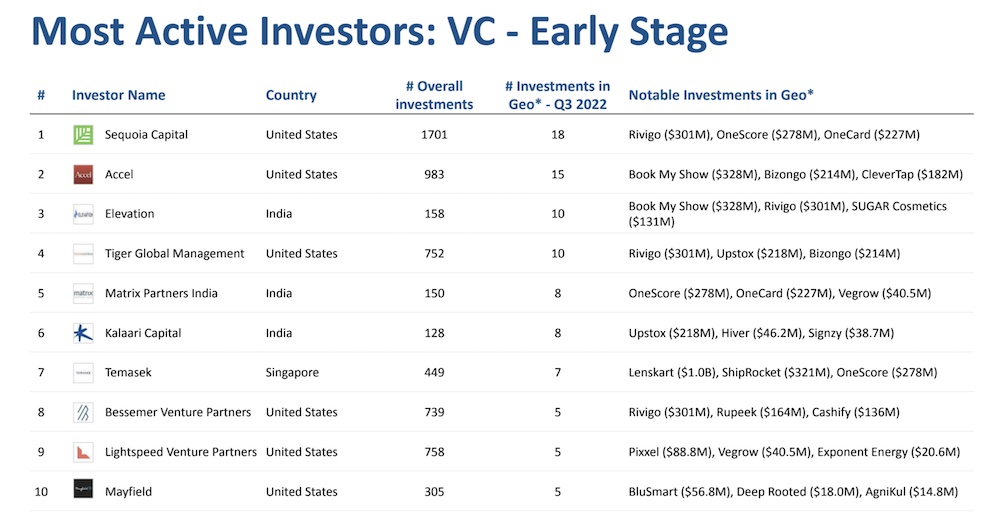 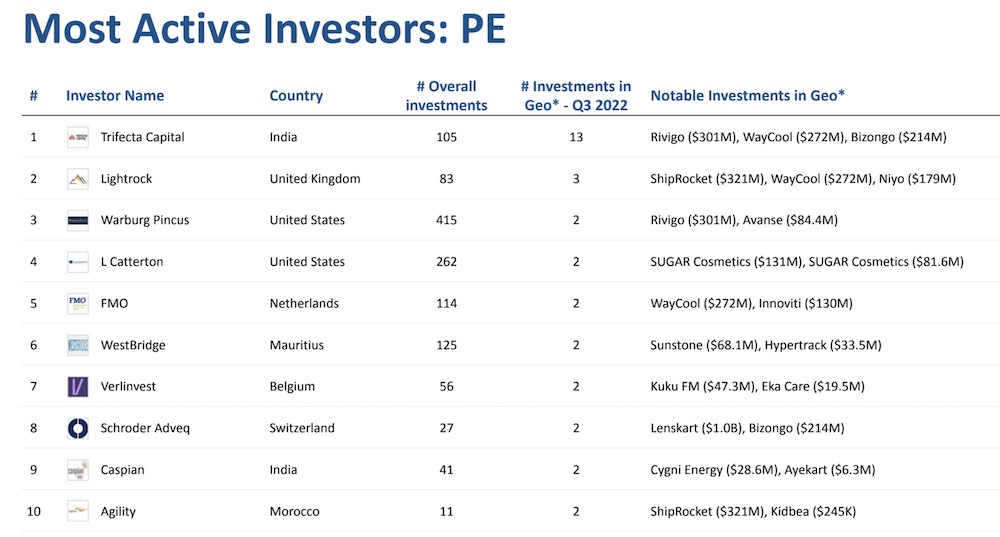 [mc4wp_form]
By signing up, you agree to our Terms of Use and acknowledge the data practices in our Privacy Policy. You may unsubscribe at any time.
admin October 11, 2022
Share this Article
Facebook TwitterEmail Print
Share
Previous Article Why SHIB Lost Its Energy after Shiba Eternity Games’ Release
Next Article GM is in the energy business now