Obviously the answer is a bit more nuanced. For one thing, iRobot does make a two-in-one — kind of, sort of, at least. Thing is, it’s A) Only available in Europe and B) Apparently it’s not really up to the company’s own exacting standards when it comes to this sort of thing — something co-founder and CEO Colin Angle admitted in a conversation with TechCrunch last week.

“The customer is very excited about the convenience of a two-in-one robot, so we needed to build one,” the executive says. “But, being iRobot, we needed to actually build one, as opposed to doing it in a way that doesn’t deliver on the promise. Right now, most two-in-one robots are really one-plus-one.” He includes the aforementioned Roomba in that list.

The other interesting wrinkle in all of this is iRobot’s long history with mopping robots. The Scooba line dates back to 2006. The product was essentially a Roomba that swapped the debris bag for clean and dirty water tanks. It was discontinued after a decade, following iRobot’s acquisition of Evolution Robotics. That company’s Mint robot, which used a pad to clean floors, eventually became Braava. 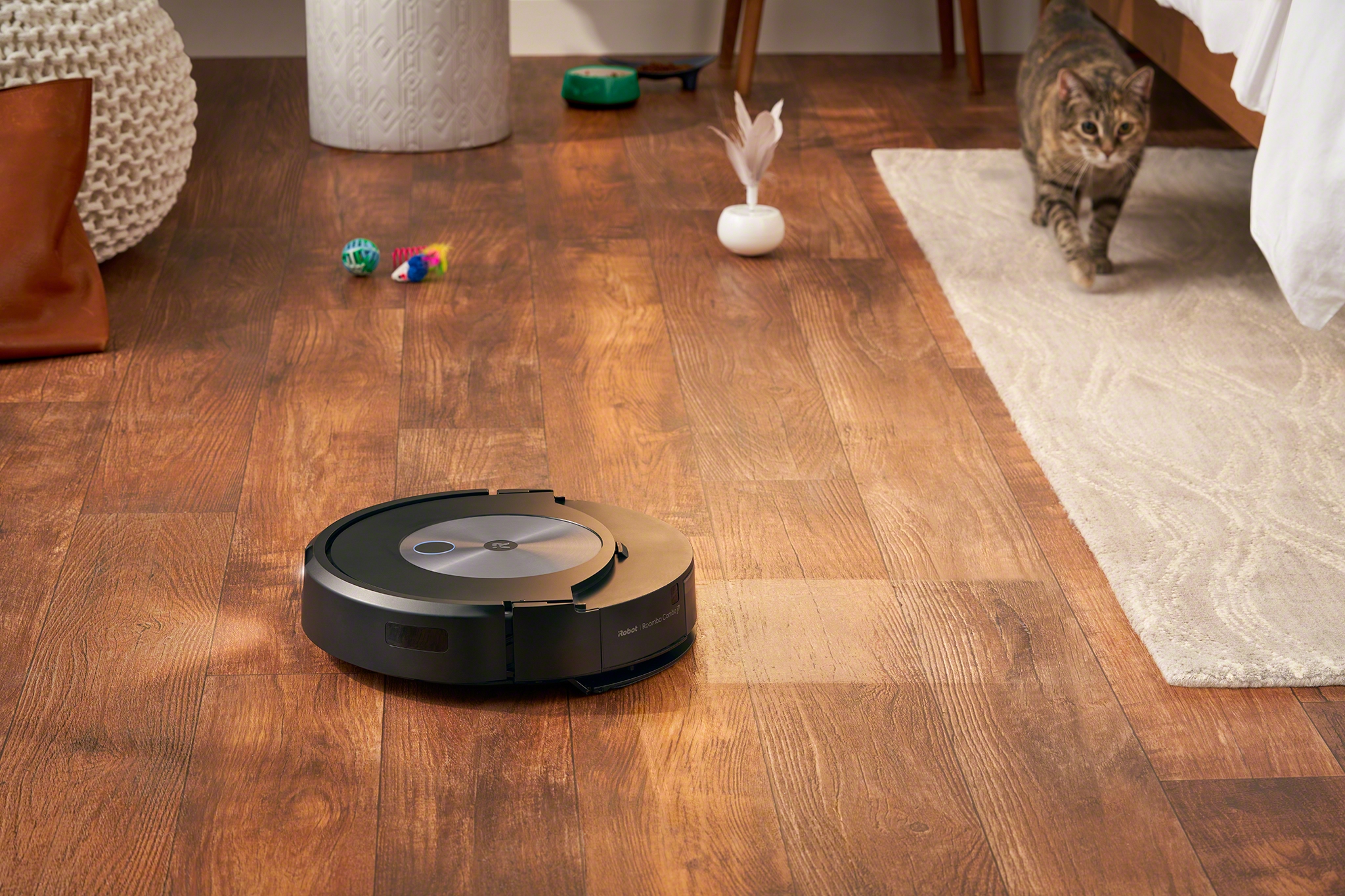 Today, iRobot announced the Roomba Combo j7+, the first Roomba (with that one notable exception) to bring two-in-one mopping and vacuuming to the popular product line. As suggested by the lengthy name, the new offering is based on the same hardware as the standard j7. The “+” refers to the emptying dock, while the “Combo” is a reference to the mopping functionality. Given the naming convention, it seems like the “Combo” feature will be coming to additional entries in the Roomba line, down the road.

The mopping functionality utilizes an arm that lowers a Braava-style pad to the floor and lifts up and lays flush on the top of the robot for safe stowage — and to avoid dragging the mop on the carpet. Among other things, the system’s on-board intelligence is able to distinguish carpeting/rugs from hardwood/tile/linoleum. 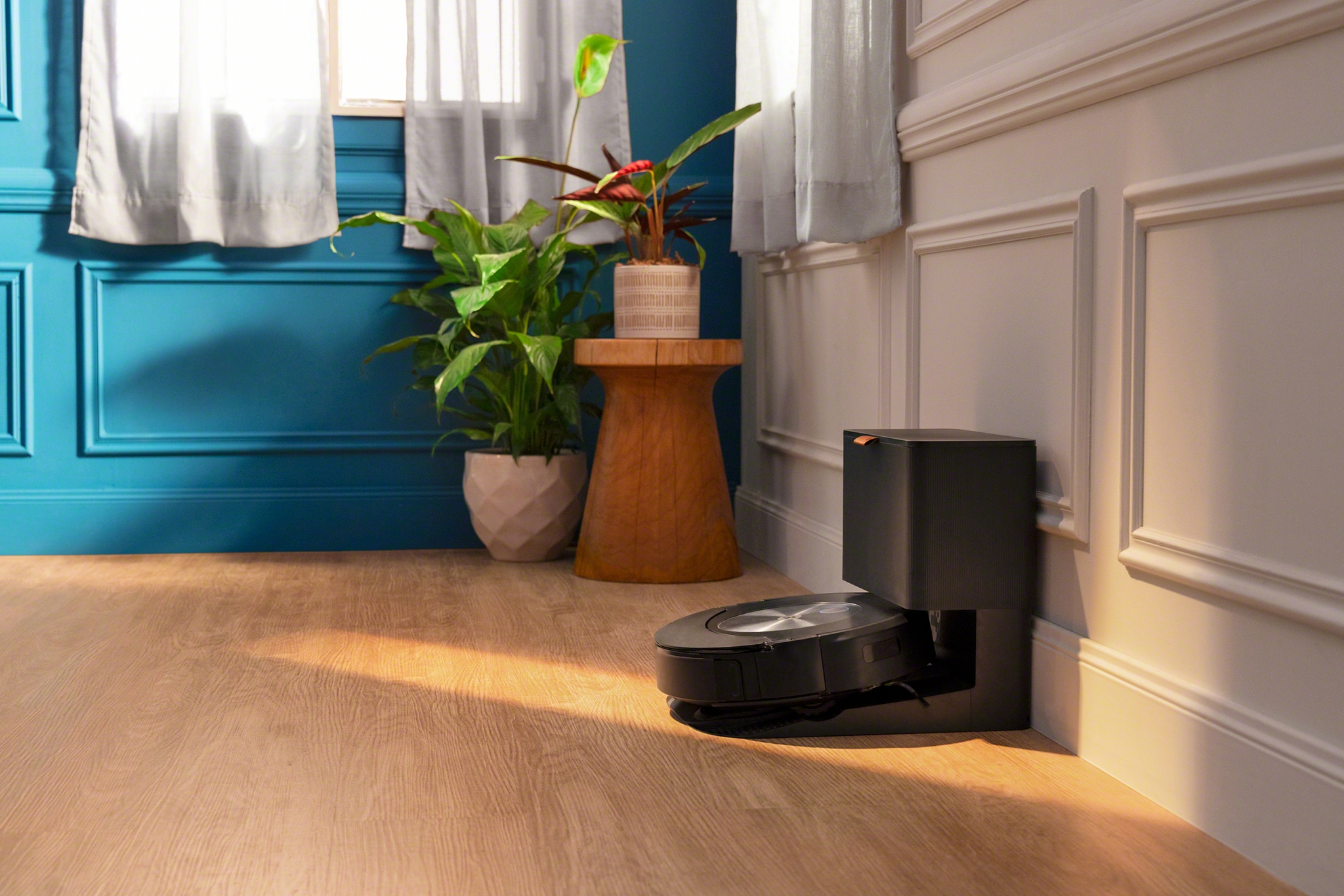 The robot’s footprint is a bit larger than the standard j7, in part to afford extra space for the water tank. At the moment, the dock is not able to automatically empty the tank, as it does the vacuum bin, though that appears to be something the company is working on.

As you’ve no-doubt guessed, none of this comes cheap. The Combo j7+ goes up for preorder today, priced at $1,099. It starts shipping October 4, and will also be made available without the bin + bundle.

[mc4wp_form]
By signing up, you agree to our Terms of Use and acknowledge the data practices in our Privacy Policy. You may unsubscribe at any time.
admin September 27, 2022
Share this Article
Facebook TwitterEmail Print
Share
Previous Article TA: Ethereum Price is Showing Early Signs of Fresh Rally, But $1,400 is the Key
Next Article Stellar Price Moves To A Lower Level, Can The Bulls Defeat This Resistance Mark?