Draftea, which calls itself the first daily fantasy sports company in Spanish-speaking Latin America, is taking fantasy football (not fútbol) to the region in a new partnership with the National Football League (NFL) and the NFL Player’s Association, a labor union representing the league’s athletes.

Draftea’s founder, Alán Jaime Misrahi, played soccer in Mexico’s third division before attending Stanford for his MBA and launching Draftea. Mexico is the second-biggest market globally for the NFL, Misrahi told TechCrunch in an interview.

The startup emerged from stealth in January this year with a daily fantasy sports (DFS) platform that hosted Mexican fantasy soccer matches. Draftea’s DFS offering is unique in that it offers daily engagement, in contrast to platforms like Costa Rica’s Betcris or Mexico’s Grupo Caliente that host less-frequent seasonal games that tend to mirror real-world sports schedules.

Unlike Betcris and Grupo Caliente, Draftea isn’t a sports betting company where players compete against a central bookmaker — instead, they compete against one another. In a region where sports allegiances run deep, Draftea’s local roots and the social nature of the platform have helped differentiate it from other players.

That’s part of why the NFL chose the startup to develop its own “NFL by Draftea” product, marking a unique international partnership for the league, according to Misrahi. “NFL by Draftea” is set to launch today, meaning users will be able to draft their lineups for the upcoming NFL season this fall.

“Draftea understands the influence and value that athletes can deliver to fantasy sports. Fueled by diverse personalities and extraordinary athletic skills, the global popularity of NFL players is at an all-time high, and we’re excited to reach more fans throughout Latin America,” Terése Whitehead, vice president of consumer products & strategy at NFL Players, the marketing and licensing arm of the NFLPA, told TechCrunch in an email.

In addition to the new partnership, Draftea, which was Sequoia’s first investment in a Mexican company, raised a round of fresh funding from backers new and old. It brought in $20 million for its Series A led by new investor Stepstone Group with participation from existing investors Sequoia, Kaszek, Bullpen, and Courtside Ventures. In addition to the venture firms, athletes including soccer legend Cristiano Ronaldo, Kansas City Chiefs tight end receiver Travis Kelce, Brooklyn Nets basketball player Kevin Durant and Portuguese soccer agent Jorge Mendes also invested as angels in the round.

“[Latin American] fanbases are extremely passionate about their favorite players and teams,” Kelce wrote in an email to TechCrunch.

Since its seed round in January, Draftea’s team has grown from 34 employees to 70 total, mostly in engineering and product, Misrahi said. While he declined to share how many users are on the platform today or the company’s revenue, he said the number of players using Draftea is growing “double digits” week-over-week. He added that he’s seen a resurgence in GMV as lineups per user have risen. 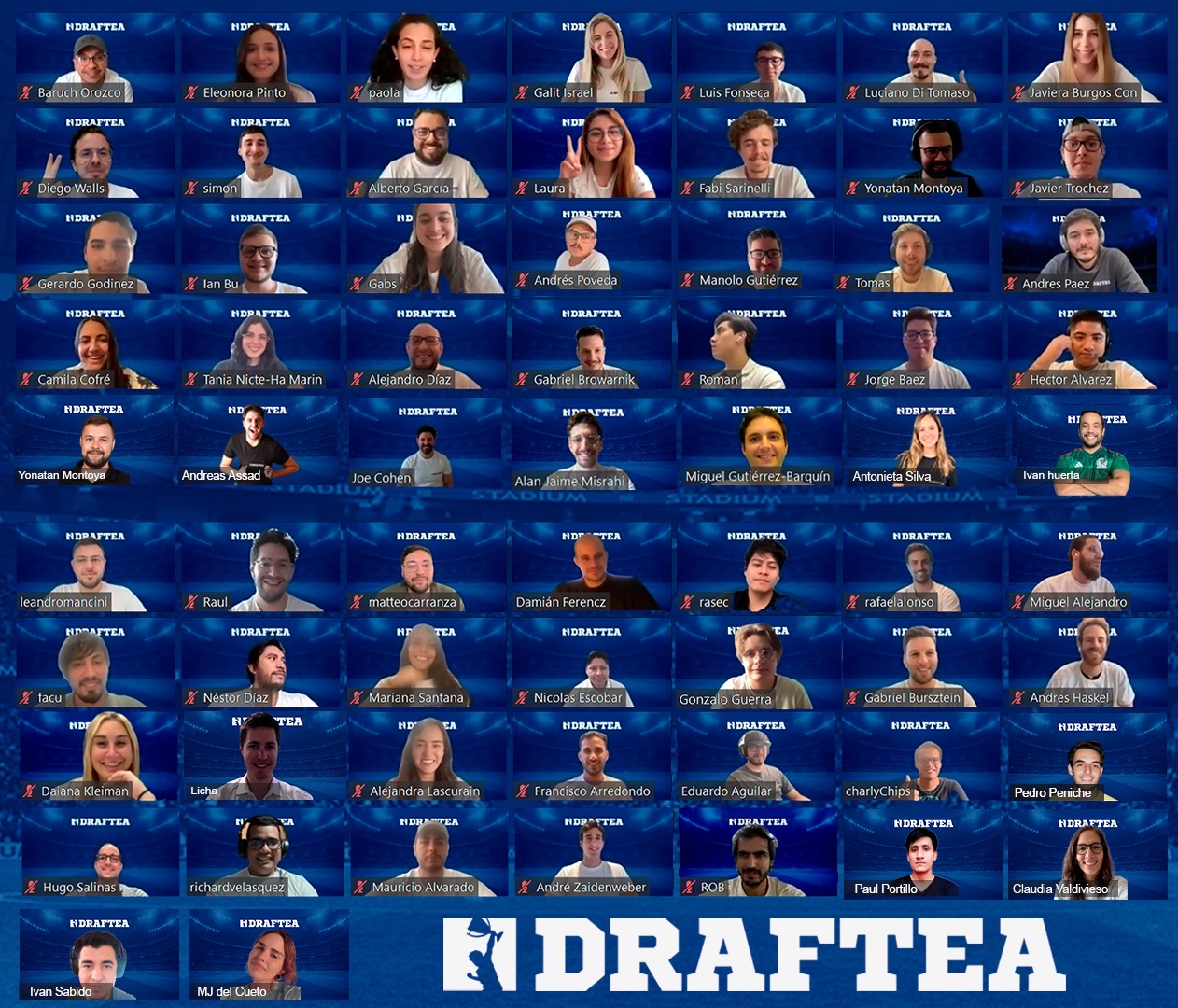 The Draftea team on a video call Image Credits: Draftea

“In Draftea, you build your dream team to compete against others. What I do is build our own dream team to really win,” Misrahi said of his plans to continue making new hires.

Payouts for games on Draftea can range from a couple thousand pesos to hundreds of thousands or even millions of pesos at play each week, Misrahi said. The platform offers a number of different game structures, including head-to-head matchups and games where the top 20% of players win payouts, and plans to continue adding new types of contests to keep up with player demand, he added.

The company is eyeing the FIFA World Cup in Qatar this November, expected to be this year’s biggest live sports event worldwide, as a major opportunity to gain traction. Misrahi said the NFL partnership in Mexico is just the start of Draftea’s eventual expansion into all Spanish-speaking countries.

“We definitely want to consolidate our position in the Mexican market, but we are already thinking of the next thing and the next places where we can go. We want to become the go-to platform for sports fans in the Spanish-speaking world,” Misrahi said.

Does The Dollar Rally Poses a Danger to Bitcoin? BTC Loses $20,000